The existing station was built in the mid 1960’s as part of the original sanitary sewer system expansion and is comprised of (3) 75 hp pumps, each capable of pumping 1,750 gpm, with controls, emergency generator and miscellaneous equipment .

The pump station was upgraded in 1983 with enlarged pumps rated at 200 hp, each capable of pumping 2,700 gpm. The pump station is a wet pit/dry pit design with a concrete dry pit.

The expansion was done in 1983 by constructing an additional generator room to the southwest corner of the pump station. The station is approximately 40 feet below grade (ground Level).

Other equipment in the station is a comminuter, which is a grinder which chops large pieces of waste and debris into pieces (normally 3 inches or less).

The existing permit is for a peak flow of 6.65 mgd.

The rate of flow varies day to day hour to hour but approximately 75% of flow which normally flows (between 0.50 mgd to 0.75 mgd) to Norristown Municipal Waste Authority’s plant is diverted to this pump station.

During wet weather (rains, snow melt, etc.) our current DEP permit is exceeded by up to 2 mgd.

The proposed pump station will be permitted to allow for these increased flows and prevent a flow violation. Flows will not be increased on a normal day.

The flows given to DEP for the new permit are actual average flows from our current Chapter 94 plan.

Identified for replacement in FY 2006, along with Whitehall Road Pump Station

Due to issues with curing time of the concrete the construction schedule has been updated to reflect the new schedule. 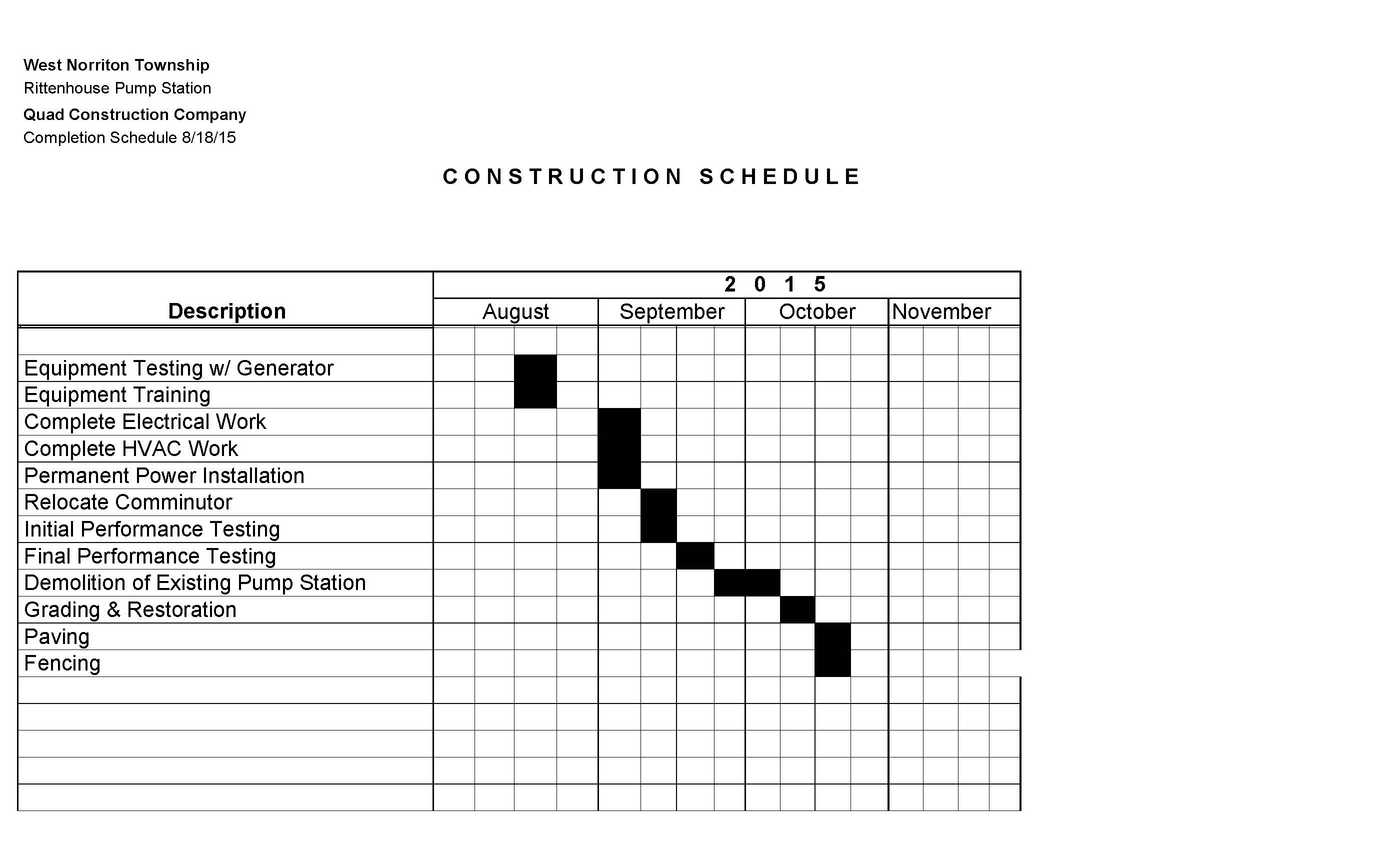